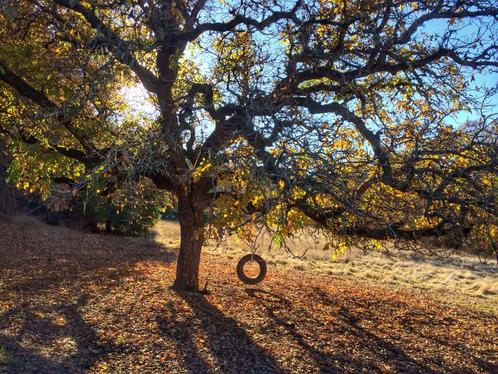 Our Team
The team that you'll see every day and night at Lovina is a diverse group of friends, uniquely suited to running this small, historic restaurant space. We are excited to be the newest members of Calistoga's vibrant restaurant scene and welcome our friends, neighbors, and visitors.

Jennifer Bennett- owner
Jen started her career working for her stepmother's restaurant in Nashville, Tennessee about 30 years ago. Throughout her career, she has worked every position possible- dishwasher, bartender, server, manager, pastry chef, and finally owner when she bought Zazie Restaurant in San Francisco in 2005 (after five years as General Manager.) Over the last 14 years owning Zazie, Jen has led the SF movement for hourly employee rights, including implementing full benefits for all of her employees and supporting the Healthy San Francisco and Paid Sick Leave initiatives. Jennifer was award San Francisco Woman Entrepreneur of the Year in 2010, recognized with the "Dining With Justice" award, and invited to speak at the White House Conference on Working Families in 2014.

A Calistoga resident since 2008, Jen is thrilled to become a part of the Up Valley restaurant scene and hopes to use her experience and compassionate approach to management to make Lovina a true family restaurant you can be proud to support.

Shaun McGrath: chef/ owner
Shaun always had a draw to the kitchen. As a boy, he started playing around helping his mom cook, from whisking together the custard for a quiche to his favorite, writing his name on top of the meatloaf in ketchup (still really his favorite thing.) When he entered junior high school he was enrolled at a vocational school that offered carpentry, plumbing, automotive and (best of all) culinary arts- that's the one he wanted and got! This set the path for the next four years of school where he worked every job from dishwashing to prep and sauté. After graduation he was accepted into the AOS program at New England Culinary Institute in Montpelier, Vermont. He did two externships, one on the island of Nantucket, and the second in Carmel Valley at Bernardus Lodge where he stayed for over four years. Both were great experiences, but being in California had him hooked- the quality of all the ingredients, from produce just pulled out of the garden to live salmon brought to the loading dock, was eye opening and amazing.

After Bernardus Lodge, Shaun moved north to San Francisco where he worked for over nine years at notable restaurants Scott Howard, Micheal Mina, Citizen Cake, and Americano in the Hotel Vitale. Shaun moved up to Calistoga to open Sam's Social Club as the Executive Sous Chef, becoming Executive Chef one year later. He met Jen through former business partners Kaitlin and Jenna at Sam's Social Club and after many get togethers they decided to purchase this great little restaurant called "Calistoga Kitchen."

28 Bullets, LLC
Jen was exploring the history of her land here in Calistoga and learned that it was once the home of Lovina Graves Cyrus and John Cyrus, Calistoga pioneers who survived the Donner pass in 1846. While planning the future of Calistoga Kitchen with Shaun, Jen proposed naming the new restaurant after Lovina Cyrus. We visited the Sharpsteen museum and heard tales of Lovina's life, including one that inspired the partners' business name, 28 Bullets, LLC.

According to local lore, the "Huge Bear" of Calistoga, also known as the Hog Killer, was treed by John Cyrus' dogs in a walnut tree on Petrified Forest Road (pictured above.) The men were too heavy to climb the outer limbs of the tree, so Lovina climbed it. Her husband and son handed Lovina up rifle after rifle, all single shots, and she shot the bear 28 times before it fell from the tree. Upon descending, she is rumored to have said to her husband, "It would take more than 28 bullets to take me down." That saying became the toast that the friends used to finalize their partnership when they purchased Calistoga Kitchen and remodeled/ rebranded as Lovina in 2018... it will take more than 28 bullets to take us down!